When it comes to speakers, especially portable ones, you might think that you’ve already seen it all. What else could manufacturers possibly come up with to innovate? Well, if you haven’t seen Lumio’s Teno speaker, you have not been thinking outside the box lately. 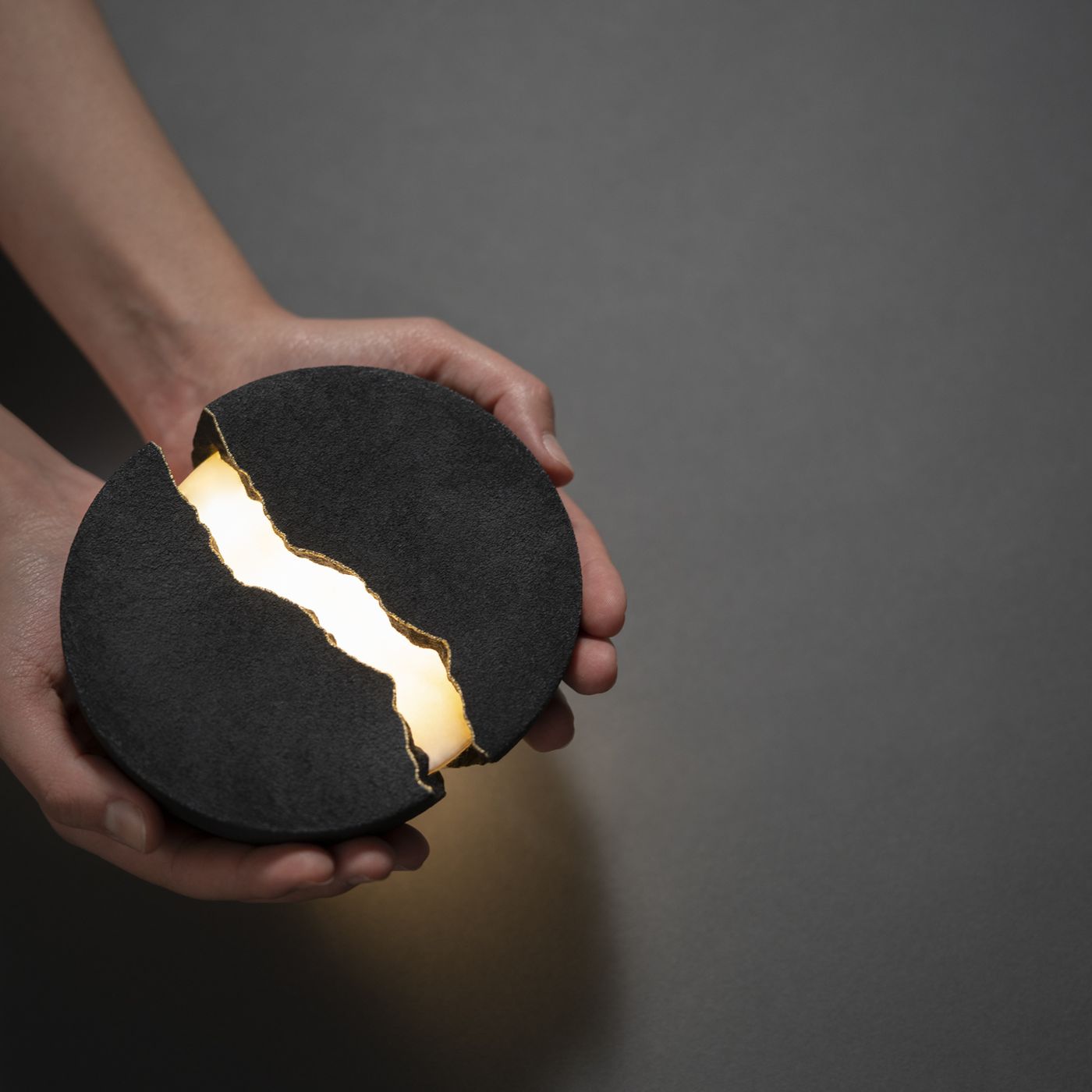 The company, who is also known for its book-shaped folding light Lito, has followed up with another innovative design: the small and discrete Teno speaker. When you first take a look at it, you’ll see a small, round black speaker with a crack that runs down the middle, and you might ask what is so special about it. That crack is exactly it. Pull the speaker apart, and you’ll reveal a warm light within, and you’ll also unleash the speaker’s sound as well. The light and sound are both touch sensor adjustable.

The company’s founder, Max Gunawan, appeared on Shark Tank in 2015 with his idea for the Lit folding light, which led to many knock offs of the product. Instead of fighting against the knockoffs, he actually collects them. It remains to be seen if he’ll do the same with the Teno speaker. 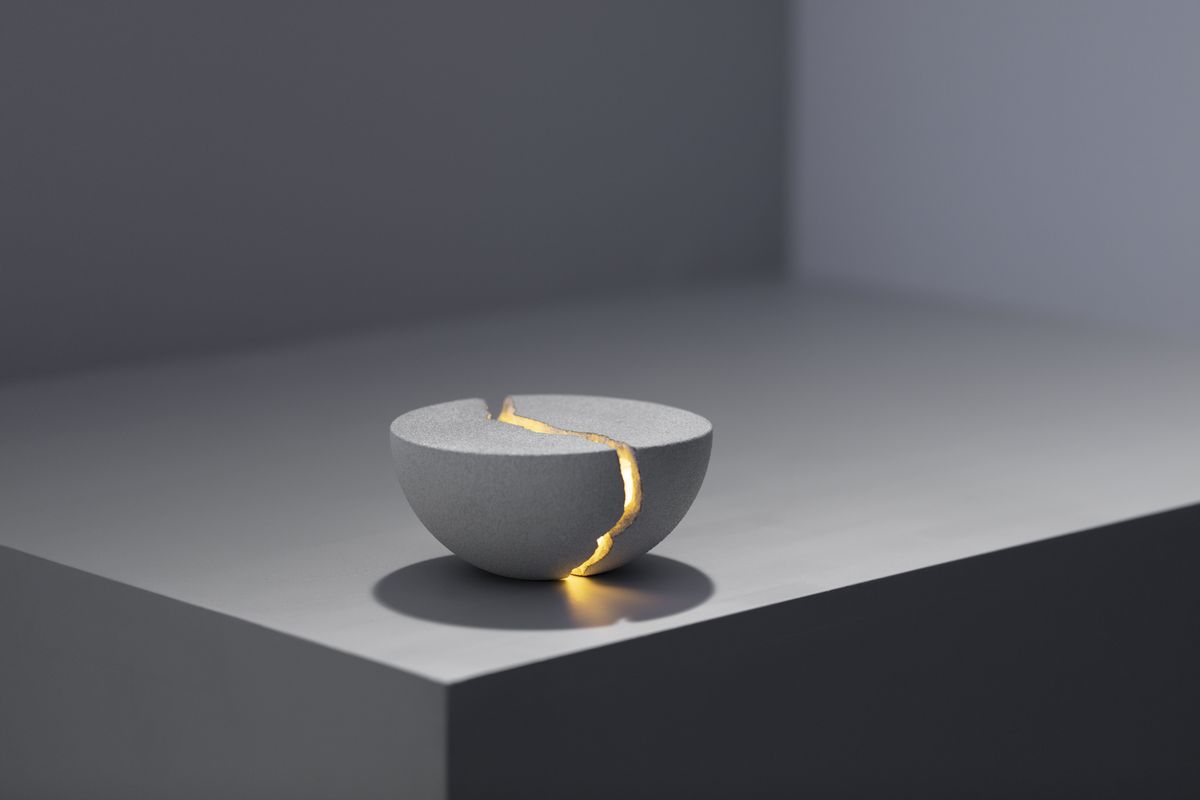 The Teno seeks to emulate a nature-based and meditative vibe, and the company describes it as a “modern interpretation of a sound bowl.” The exterior is made of cast resin with sand, which explains why it looks more like a sculpture as opposed to a piece of technology. Gunawan explains that his vision for it was that it “has a handcrafted quality to it rather than a typical industrial looking product that you see everywhere.”

The Teno speaker is inspired by the Japanese concept of kintsugi, which is a practice of mending broken pottery and painting the visible cracks gold. This aims to highlight the history of the object as opposed to tossing out anything that has broken. The Teno’s “crack” reveals a golden light, and it too is lined with gold paint. Gunawan hopes that the product can be timeless and break the unsustainable cycle of constant technological upgrades. 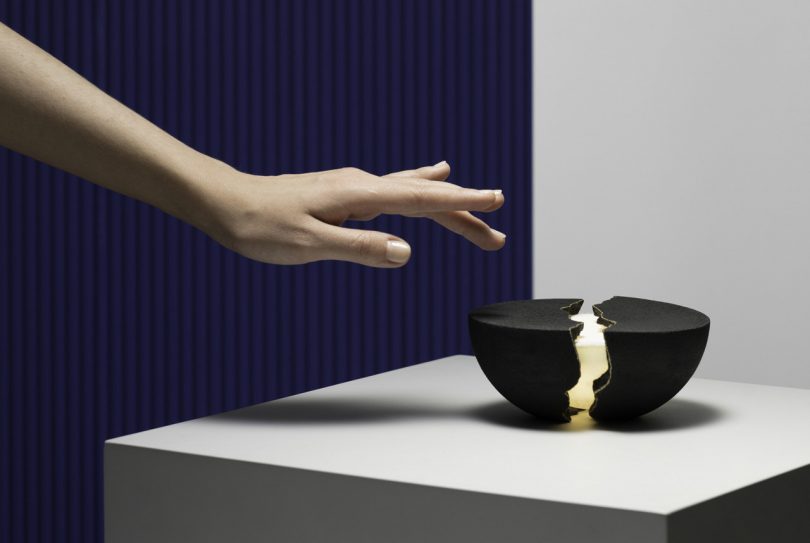 The Sound And Light Are Touch Sensitive

The warm glow from the speaker is 250 lumens, which means that it will provide ambiance as opposed to be used as a lamp. Lumio states that the 45mm full range driver can provide sound for 50 to 200 square feet. The company suggest getting two Teno speakser, which can be paired, in order to achieve stereo sound.

The battery life for Teno’s light is four hours when at 100% brightness, and eight hours for sound while at 50-100% volume. It weighs about two pounds and stands two inches tall with a five inch diameter. It boasts Bluetooth 5.0 with aptX HD and also a noise-cancelling mic for calls.