It may sound like a dystopian dream, but wake up — because it’s real. Spotify is aiming to revolutionize user engagement by bringing the user into the ad itself. How, you ask? 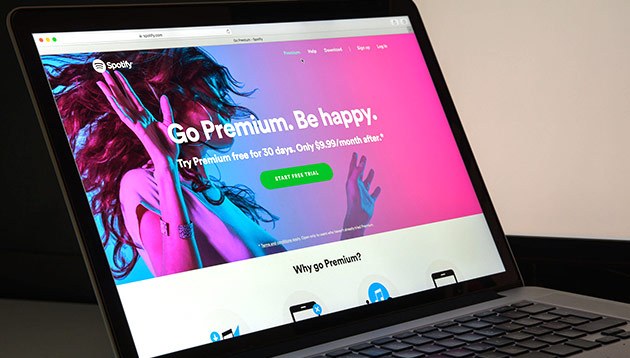 According to a report by TechCrunch, Spotify is testing new ads that are voice controlled, meaning when a user hears this type of ad, they can say a key phrase (such as “play now”) and be taken directly to the correlating content advertised. For example, if a key phrase is uttered by the user, they will be taken to a branded playlist (created by the product being promoted) or a podcast that is being advertised.

Currently, as part of the testing, Spotify’s own podcast named Stay Free: The Story of the Clash is being promoted. Additionally, Unilever is advertising its Axe body products. So if a user says “play now” while hearing the Axe commercial, they could be taken to an Axe-branded and curated playlist.

According to Spotify, the microphone will only be enabled for the duration of the ad, and can be disabled altogether if something other than the key phrase is uttered. This new feature is being tested on both iOS and Android devices, currently only in the United States.

Spotify isn’t the only music streaming platform that’s testing this kind of advertising. One of its biggest competitors, Pandora, is also testing voice-controlled ads, which expands on its voice command feature that was added to the platform towards the beginning of this year.

If it seems like you’re not interested in this sort of advertising, don’t worry. These ads will only work if you have enabled Spotify’s voice controls to be turned on. You can always switch these off by toggling the “Voice-Enabled Ads” setting to be set to “off” as well.